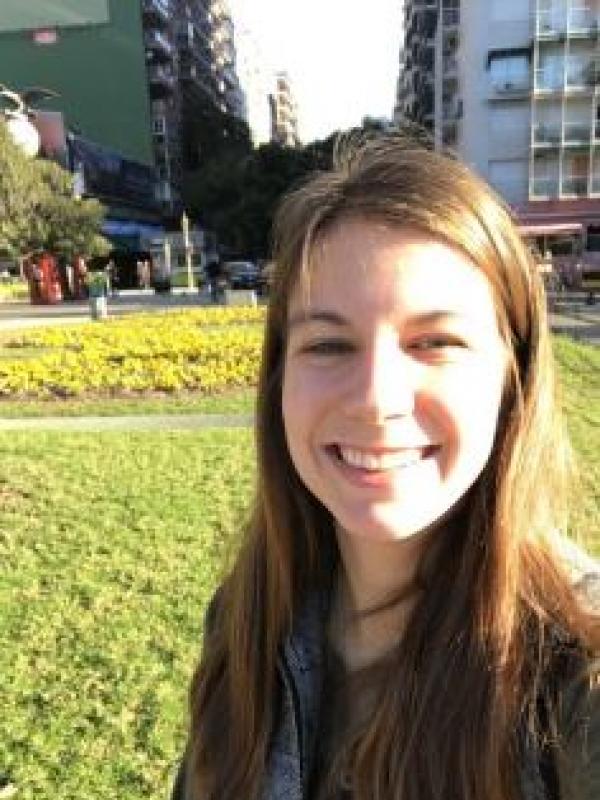 Lisa is in her second and final year of the Master’s in Latin American Studies. She studies dictatorships, press, and testimony in the Southern Cone, specifically Chile and Argentina. During the summer of 2018, she spent two weeks conducting thesis research in Buenos Aires, Argentina, funded by a Tinker grant. Her thesis research focuses on the English-language newspaper, the Buenos Aires Herald, and the role it took in reporting on the disappearances during the dictatorship in Argentina during the 1970s and 1980s. Lisa has been studying Spanish for over ten years and started studying Portuguese when she came to Ohio State for her Master’s, with the support of a FLAS fellowship. After graduation, Lisa hopes to work in international education, focused on Latin America, or the nonprofit sector.