The Right to the (Real and Imagined) City: Afro-Brazilians in Motion, Assemblage, and Metafiction in Paulo Dutra's "Aversão Oficial" 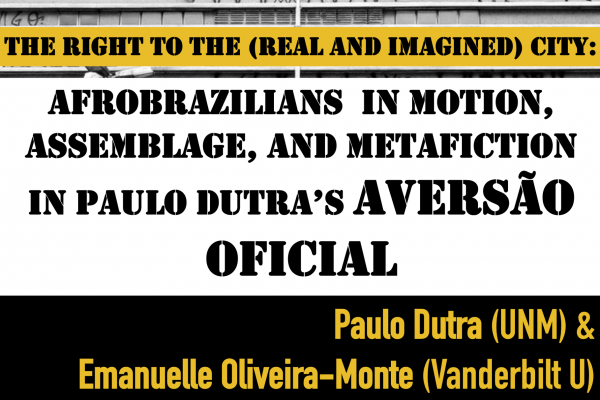 On Friday, April 16, Emanuelle Oliveira-Monte and Paulo Dutra will present a lecture on Contemporary Afro-Brazilian Literature, "The Right to the (Real and Imagined) City: Afro-Brazilians in Motion, Assemblage, and Metafiction in Paulo Dutra's Aversão Oficial".  This lecture is the seventeenth (and last!) installment of the Afro-Brazilian Arts and Activism Lecture Series by CLAS. The event is FREE and open to the public!

Paulo Dutra (University of New Mexico), a Don Quijote aficionado, is a side effect of a self-legitimated system of privileged cultural representation that drove him into becoming a non-traditional college student, an addict to short story writing and reading, a poet, and a teacher/scholar in order to escape performing activities, for a living, that some machine could easily accomplish. He is the author of a short story collection Aversão Oficial: resumida (Malê, 2018) and of the poetry collection Ablliterações (Malê, 2020). He specializes in the intersections of race and artistic and cultural production in Luso-Brazilian/Latin-American context with an emphasis on conducting independent approaches to literary and cultural production that present alternatives to mainstream practices. His scholarly work on Don Quijote, race in Machado de Assis' works, and Racionais MC's' rap music has appeared in journals and book chapters in Brazil, Argentina and The United States. 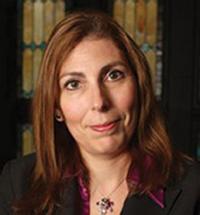 Emanuelle Oliveira-Monte (Vanderbilt University) is the author of Writing Identity: The Politics of Contemporary Afro-Brazilian Literature (Purdue UP, 2007), a study on the intricate connections between literary production and political action that focuses on the politics of the Brazilian black movement and the literature of São Paulo-based group of Afro-Brazilian writers, the Quilombhoje. She is also the author of Barack Obama is Brazilian: (Re)Signifying Race Relations in Contemporary Brazil (Palgrave, 2018), a study on Barack Obama's characterizations in the Brazilian media, with a specific focus on political cartoons and internet memes, and on how the election of the first black US president complicates Brazilians' own racial discourses. She is currently working on The Color of Crime: Representations of Race and Delinquency in Contemporary Brazilian Literature and Cinema, a study on how the diverse representations of Afro-Brazilians in contemporary literature and cinema inform the dichotomy race and violence in Brazilian society. She has published several articles in professional journals and anthologies and was Guest-Editor (together with Isis Barra Costa) of a special issue of the Afro-Hispanic Review on the Afro0Brazilian Diaspora.

*If you require an accommodation such as live captioning or interpretation to participate in this event, please contact Isis Barra Costa at barracosta.1@osu.edu. Requests made one week in advance of the event will generally allow us to provide seamless access, but the university will make every effort to meet requests made after this date.*