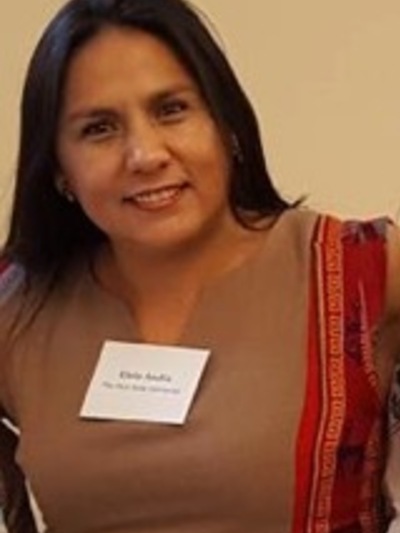 Elvia Andía is a linguist specializing in the study and instruction of Bolivian Quechua and Spanish. She holds a Master’s degree in Linguistic Policy of Indigenous Languages in Higher Education, and investigates the role of Quechua in such policies, particularly in the Quechua Public Indigenous University in Bolivia. She has worked as the Departmental Coordinator in the Ministry of Education for the country of Bolivia in Intra- and Intercultural Multilingual Education. Andía joined Ohio State in 2016 and instructs Quechua for both undergraduate and graduate students, as well as beginning Spanish.