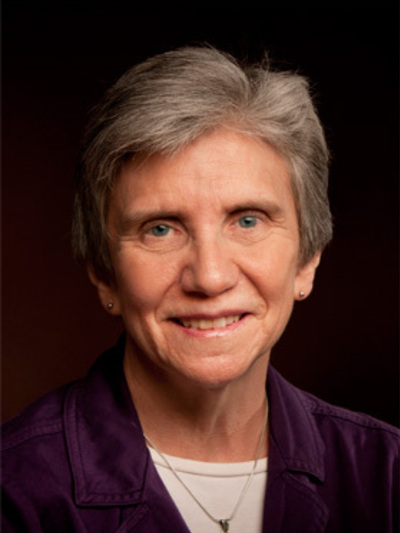 Ellen Mosley-Thompson is a Professor in the Department of Geography's Atmospheric Sciences Program and a Senior Research Scientist in the Byrd Polar Research Center. She received her B.Sc. in physics from Marshall University and her M.Sc. and Ph.D. from the Department of Geography (Atmospheric Science) at The Ohio State University. She is a member of the National Academy of Sciences, a recipient (along with Lonnie Thompson) of the 2008 Dan David Prize, and a recipient of the 2003 Distinguished Scholar Award.

Professor Mosley-Thompson uses the chemical and physical properties preserved in ice cores collected from the polar ice sheets as well as high mountain glaciers to reconstruct the Earth's complex climate history. She has led eight expeditions to Antarctica and six to Greenland to retrieve ice cores. She established Antarctica's most extensive and longest running snow accumulation network at South Pole Station. Professor Mosley-Thompson is involved in an NSF-funded IPY (International Polar Year) project to recover the first ice cores from the Bruce Plateau to reconstruct a climate history for the Antarctic Peninsula, a region that is warming faster than much of the rest of the planet.

She is also a participant in CReSIS, an NSF-sponsored Center for the Remote Sensing of Ice Sheets, focused on developing new methodologies and tools for assessing the mass balance of large ice masses such as the Greenland and West Antarctic ice sheets. Professor Mosley-Thompson, along with Professor Lonnie Thompson, leads the Byrd Center's Ice Core Paleoclimatology Research Group.

She has a total of 112 peer-reviewed papers including 18 lead-authored papers. She also has 22 papers in other collections including book chapters. Her papers have appeared in Science, Nature, Journal of Geophysical Research, Proceedings of the National Academy of Sciences and Quaternary Research, among others.