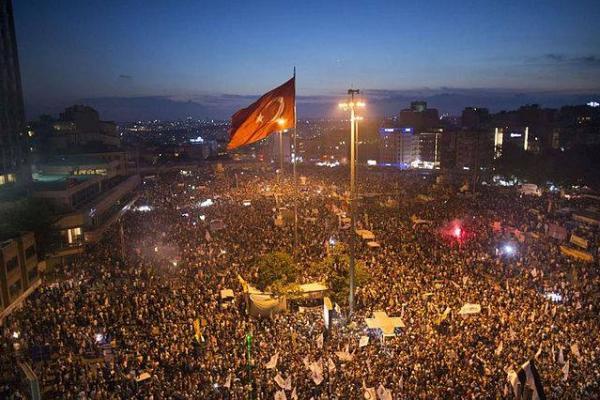 The Middle East Studies Center presents "Reckoning with Minority Community Rights in Turkey, and the Parallels to Black Lives Matter".

The Middle East Studies Centers brings you a panel of experts to provide an understanding of the diversity of religion in the Middle East region and a look at the Alevi community in Turkey, a sect related to Shi’i (Shi’ite) Islam and mystical traditions. The Sunni-Shi’i divide is only the proverbial tip of the iceberg of regional religious diversity and the complex social, economic, and political differences which were brought to light by the Gezi protests of 2013. The protests were famously motivated by urban development projects which ran rough-shod over common areas and green spaces but also by social policies which favored religion as part of national identity, and specifically Sunni Islam. The government framed the protests as Alevi in nature (Karaya-Stump, 2018) as the police targeted Alevi protesters. In reality protesters came from a variety of backgrounds, united against authoritarian government policies affecting all citizens.

Parallels that can be observed between the Gezi Park protests in Turkey and Black Lives Matter protests in the U.S. are striking. In Turkey, minorities have borne the brunt of urban development projects targeting what have been their traditional neighborhoods, and subsequently the brute force exacted on them during protests against these government-imposed building projects. Similarly in the U.S., Black Lives Matter and related protests call attention to racist institutions in the U.S. and react against police brutality targeting Black neighborhoods and individuals. Victims of police brutality galvanized movements in both countries. Berkin Elvan in Turkey and George Floyd in the U.S. became martyrs along with many others from their respective backgrounds and communities. May they Rest In Peace.

This event is part of the Area Studies Centers' Diversity Speaker Series. It is sponsored by The Office of Diversity and Inclusion, the Office of International Affairs, and the area studies centers. To see the full schedule of events, please click here.