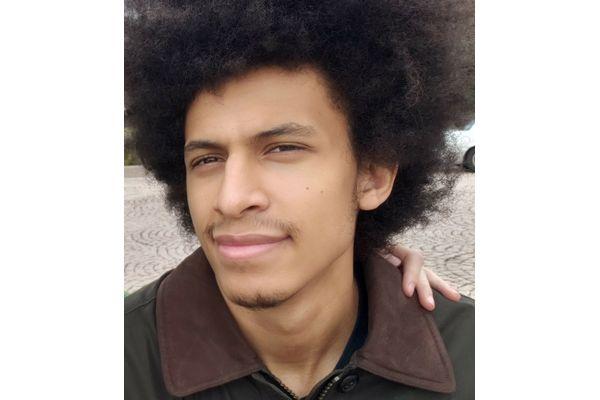 This year, the U.S. was not the only country celebrating the 4th of July in the Americas. The day that marked the Thirteen Colonies’ Declaration of Independence from the United Kingdom also marked the end of a year-long Constitutional Convention in the Republic of Chile. Though the Declaration is not the founding document of the U.S. government, this coincidence offers an interesting opportunity to examine the differences and similarities between the U.S.’s and Chile’s Constitutional conventions. I’ll start with the context in which both Conventions were called, how the framers were selected, and the makeup of the framers.

Though over 200 years separate from the time of the original drafting of America’s and Chile’s new one, both of their conventions were called because of the same problem, economic troubles. Before the U.S. drafted its Constitution, the newly independent 13 colonies governed themselves using the Articles of Confederation. The Articles envisioned a decentralized national government with little to no power. Instead, the individual states held the most power, organizing their economies based on their own needs rather than what would be best for the national economy. These circumstances led to an economic downturn as most governors responded by raising taxes to keep their treasuries full. The high taxes worsened the already dire circumstances faced by farmers in the state of Massachusetts, as many were still expecting pensions promised to them for their service in the War for Independence. As the cost of living increased and pensions were not delivered, many took up arms in the infamous Shays’ Rebellion of 1786. Due to constraints placed on the Confederation Congress, federal troops were never mobilized to deal with the disgruntled farmers., which allowed the uprising to grow in strength until local militiamen finally put it down. A year later, a Convention was called in Philadelphia to reform the Articles of Confederation in hopes of preventing such a crisis from occurring again.

Chile’s constitution was birthed from a student-led civil disobedience campaign that spiraled into a national movement. Students across the country responded to a $0.04/30 peso increase in metro ticket costs with mass fare evasion. When the police began to stop the students at the metro stations with force, the protests spilled into the streets. There the students were joined by middle to low-income Chileans frustrated with the increased costs of living and no subsequent rise in wages. The initial government response was heavy-handed, curfews were ordered, and the military was ordered into the streets to quell the rioting. When the Chilean government realized that this response had only led to a growth in the size and demands of the protestors, negotiations began. A compromise was reached in which the protests would stop in exchange for a referendum to start drafting a new constitution. After the referendum succeeded, Chile began the process of assembling its convention.

In this manner, one can examine the starkest difference in which each country assembled its convention, how delegates were selected, the intended purposes of these conventions, and how the Conventions were carried out. The initial delegates for the Constitution were chosen by their state legislatures. These state legislatures selected a specific demographic for their delegates, a peculiarity that will be discussed later. The Convention began not with the express purpose of drafting a new governing document but to reform the Articles of Confederation. Only after the delegates arrived a majority decided that a new Constitution should be drawn. Those that did not want to draft a new Constitution, reportedly 19 of the 74 original delegates, left. Those 55 who remained decided to carry their proceedings outside the public eye. Most of the information on the debates and compromises made to draft the constitution was only revealed after the convention had ended.

Chile’s selection process for delegates involved a national election focusing on proportional representation, the specifics of which will be highlighted below when discussing the demographics of the framers. This Convention’s express purpose was the creation of a new Constitution, approved by referendum. All those 154 delegates are reported to have attended sessions regularly. Similar to the U.S. convention, the specifics of voting and debates were kept secret until the convention ended.

Due to the selection process and historical contexts in which these conventions occurred, the demographic makeup of the framers of each constitution could not be any more different. However, there are still some eerie similarities. Lawyers made up sizable portions of both conventions, and the average age of the delegate for both Conventions was 44 years old. This is where the similarities end, and I now turn to the conventions' diversity (or lack thereof).

The framers of the U.S. Constitution reflected the group that held the most power in society in their time as their peers selected them in the state legislatures. Affluent Caucasian men with some form of higher education made up the entire convention. There were no women despite them making up half of the population. There was no representation for Native Americans living in U.S. States and territories. Enslaved Africans received representation insofar as delegates from their states sought to use them to inflate population numbers to increase their power in the new republic, resulting in the infamous Three-fifths Compromise.

On the other hand, Chile prioritized diversity when assembling its constitutional convention. Mandates were imposed to ensure that women made up half of the Convention’s delegates. Seats were reserved for indigenous tribes as the government recognized their unique right to their lands and the lack of representation such groups had in the past. Though not mandated, about half a dozen elected delegates were open members of the LGBTQ+ community.

The U.S. Constitution is one of the longest-lasting governing documents in modern history, thanks to its flexibility. However, due to today’s political deadlock, the U.S.’s founding document has had no meaningful update for over 50 years (The 27th amendment was supposed to be in the original Bill of Rights, but the founding fathers didn’t see it as necessary enough to include), it appears there will be none for the foreseeable future. The U.S. faces issues that the founding fathers never dreamed of, such as climate change, nuclear destruction, and a global society, of which it is the center. However, many treat the Constitution as a holy document that must remain. As we face new crises not envisioned by the founding fathers and a growing political divide, maybe the U.S. should look to Chile and its efforts to heal its society by drafting a new constitution that more accurately reflects the people it seeks to govern.

For further reading, I recommend the following resources:

CONNECTING TO THE K12 CLASSROOM