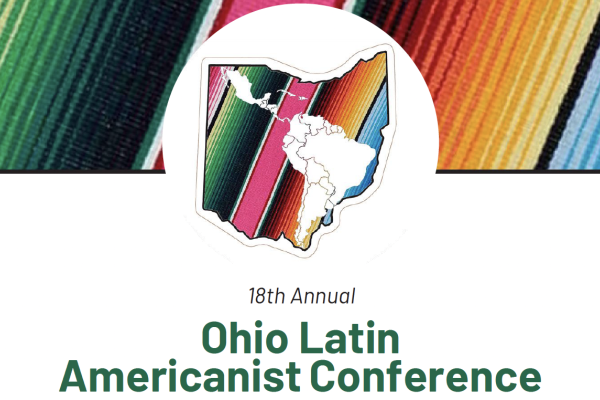 This year's conference, held on the Ohio University campus in Athens and organized by OU professors Betsy Partyka and José Delgado, brought together an interdisciplinary group of high school, undergraduate, and graduate students; teachers; professors; academic staff; and independent scholars. OLAC has always prided itself on accessibility to first-time presenters and local scholars, but this year's hybrid modality allowed for significant international participation as well.

OLAC 2022 featured over 65 presentations in 19 panel sessions, a musical performance by El son del Caribe, a capoeira demonstration by OU student Julio Beltrán, and creative readings by members of the OU chapter of Sigma Delta Pi. 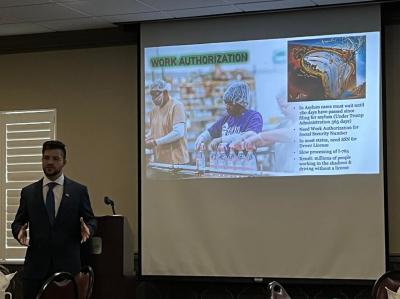 The keynote address, delivered by Columbus native Kevin Zamora, Esq., was entitled "Nuestro Quilombo: A Glimpse of the Chaotic World of Immigration Law" and focused on the obstacles faced by Latin American arrivals to the US with different immigration statuses.

OSU was well represented at OLAC, with presentations spanning a variety of topics and disciplines:

Access the full conference program here to see the wide variety of talks presented by scholars from other institutions.

CLAS wishes to heartily thank the OLAC Steering Committee, as well as the undergraduate and graduate aides-de-camp, for making OLAC 2022 the success it was! We look forward to OLAC 2023, to be held again at OU.

CLAS support of OLAC is made possible by its Title VI grant from the US Department of Education.