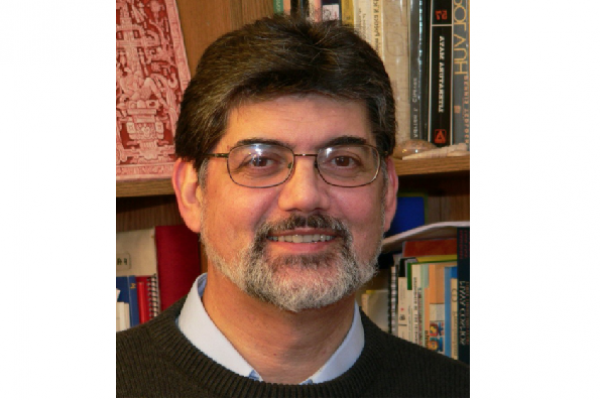 In April of 2020, after a long fight of almost twenty years against cancer, our colleague and friend, Carlos López, descended to Xibalbá, the underworld of the dead.

Carlos will surely be remembered in international academic circles and among Guatemalan indigenous intellectuals as one of the most refined scholars and exegetes of Popol Wuj, the sacred book of the Mayan Kʼicheʼ ethnic group. Among his vast work in this field, two works stand out: a beautiful and powerful book, Los Popol Wuj y sus epistemologías. Las diferencias, el conocimiento y los ciclos del infinito (Abya-Yala, 1999), and the magnificent digital facsimile publication of the oldest written extant version of the Popol Wuj transcribed by Fray Francisco Ximénez circa 1701-03, alongside a detailed transcription in Spanish and its translation into Kʼicheʼ by Nicolás Inocencio Aguilar, member of the Guatemalan Academy of Mayan Language (https://library.osu.edu/projects/popolwuj/folios_eng/index.php). This monumental project, which took several years to be accomplished, required painstaking amounts of research as well as the collaboration of several institutions: the Newberry Library, of course, which holds the original manuscript, the OSU Libraries, the Department of Spanish and Portuguese, and the Center for Latin American Studies. We are proud to have been part of the adventure.

But Carlos was, above all, joyfully and passionately, in body and soul, a true humanist, a Renaissance lover of knowledge, an intellectual committed to the Latin American Marxist-Sartrean tradition, a scientific mind, an inquisitive spirit. He was both a rigorous literary critic and a lucid political analyst, a tireless union leader and a political activist, a splendid painter, a sharp polemicist and an inexhaustible interlocutor, always thirsty for information and the confrontation of ideas. In more than forty years since we met for the first time ours was a single conversation, interrupted a thousand times, sometimes for years, and taken up again at almost the same point we had left it, like a Moebius strip. I imagine him now, smiling, absorbed in an endless ball game with Vucub-Camé and Hun-Camé, lords of Xibalbá. 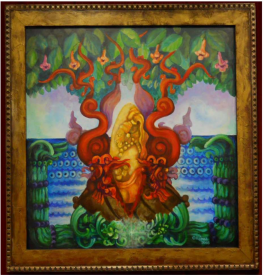 Carlos M. López was born in 1950 in Mercedes, Uruguay. In 1976, he earned the degree of Profesor de Literatura at the “Instituto de Profesores Artigas” in Montevideo, the institution to which he returned as Professor of Literary Theory in 1991, having taught elsewhere for 15 years. Carlos arrived at Ohio State in 1992 and there completed his doctorate under the direction of Prof. Maureen Ahern. In 1995 he joined the faculty of Marshall University in Huntington, West Virginia. His original oil painting of the birth of man from corn (as recounted in the Popol Vuh) hangs in the main office of the Department of Spanish and Portuguese, in 298 Hagerty Hall on OSU’s Columbus campus. The above obituary was written by Abril Trigo, Distinguished Humanities Professor of Latin American Literatures and Cultures and former Director of the OSU Center for Latin American Studies.