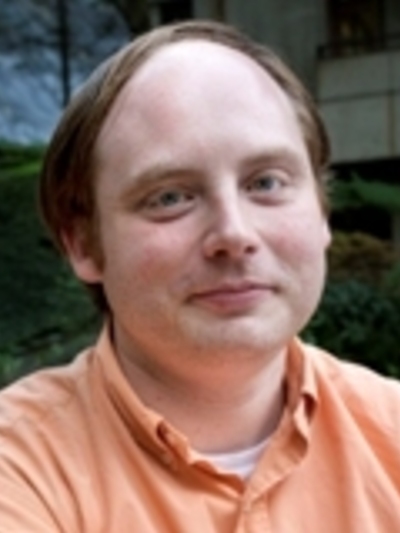 The mission of an experimental neuropathology laboratory is to seek fundamental understanding of the mechanisms of diseases affecting the central and peripheral nervous systems. Dr. Otero's particular focus is in the understanding of developmental and neoplastic disorders of the CNS. A major goal of a laboratory is to elucidate the etiologies of perinatal breathing disorders such as apnea of prematurity, CCHS, and, ultimately, the Sudden Infant Death Syndrome (SIDS).

SIDS is a tragic disorder affecting 1 in 2000 infants. It is the second most common cause of infant death in the U.S., and although its incidence has decreased since adopting the “back to sleep” campaign, our epidemic of prematurity (which increases SIDS risk) threatens to increase the incidence of this disease. Dr. Otero's goal of the laboratory is to develop a diagnostic screen that would be able to identify children at risk of perinatal breathing disorders such as apnea of prematurity or SIDS, and to triage their treatments most effectively. Dr. Otero proposes to use induced pluripotent stem cells to model development of human breathing neurons. This “disease in a dish” model will help us understand how these neurons develop and can give us a tool to study genetic causes of apnea such as CCHS. Additional approaches include next-gen sequencing and animal modeling (i.e., transgenic mouse technology) of these disorders.

(The goal of the laboratory is to elucidate the mechanisms of developmental and neoplastic disorders of the central nervous system.  One focus of the laboratory is the investigation of potential mechanisms of Sudden Infant Death Syndrome (SDIS)/Sudden Unexpected Death in an Infant (SUDI) using traditional approaches as well as “next gen” sequencing technology and stem cell biology.  SIDS, affecting 1 in 2000 infants per year, has been challenging to study as the diagnosis is rendered to a spectrum of victims, some of which are accidental (“sporadic” SIDS) whereas others show biological etiology (“syndromic” SIDS).  Within the “syndromic” SIDS spectrum, a range of pathological causes include poor ability to induce a respiratory drive (hypoventilation) and those who suffer from sudden cardiac death (cardiogenic, or Long QT-like).  The ultimate goal of this work is to establish a diagnostic test to screen newborns at risk of suffering from “syndromic” SIDS.   We have used a particularly severe case of central congenital hypoventilation syndrome (CCHS) as a model to study the development of CNS respiratory neurons in vitro using induced pluripotent stem cells.  CCHS is caused by mutations in the gene PHOX2B  and is characterized by a loss of PHOX2B expressing neurons in the brainstem.)